Note from the artist: This exhibition was housed in the building which, back in the days of my grandparents, was a mill and family sawmill. A setting for childhood games, the virtual ruin inspired the title Penumbroso (Twighlight) for the series of paintings on display inside in its entirety. Outside, on the façade of the entrance, also hung three of the stones from the Cumio (Summit) series. 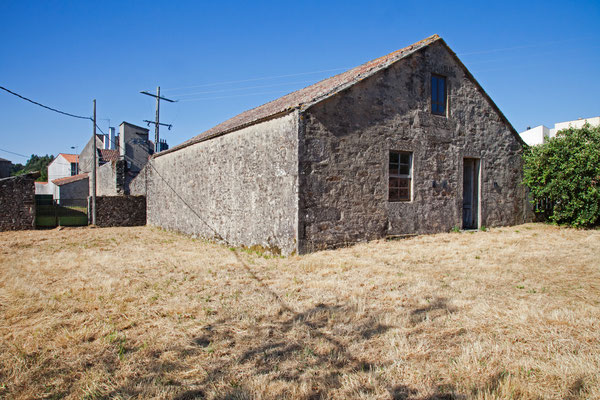 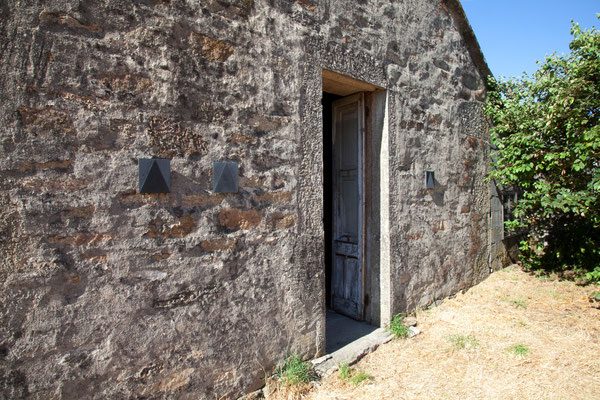 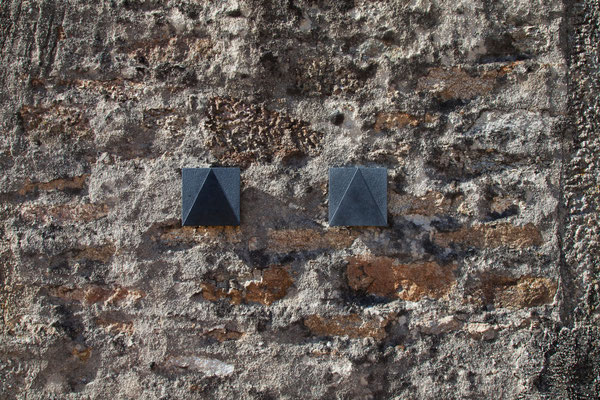 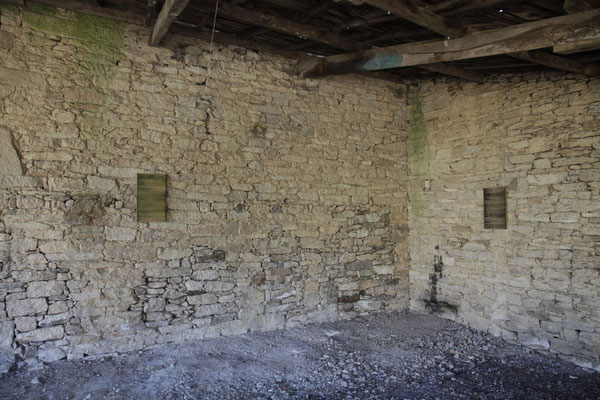 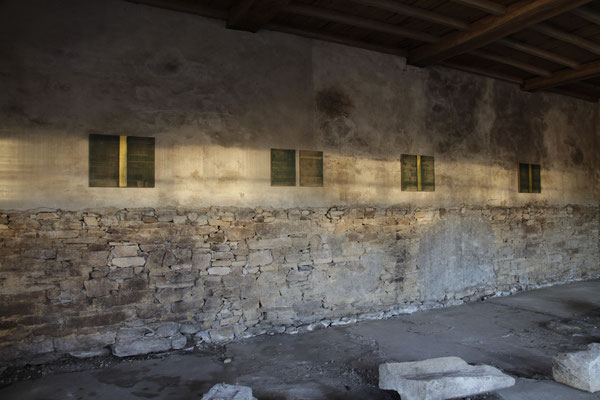 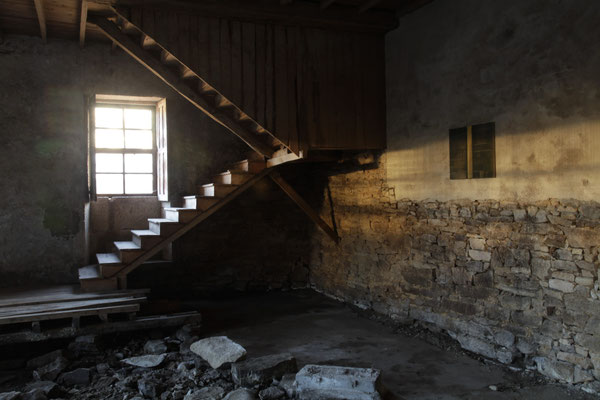 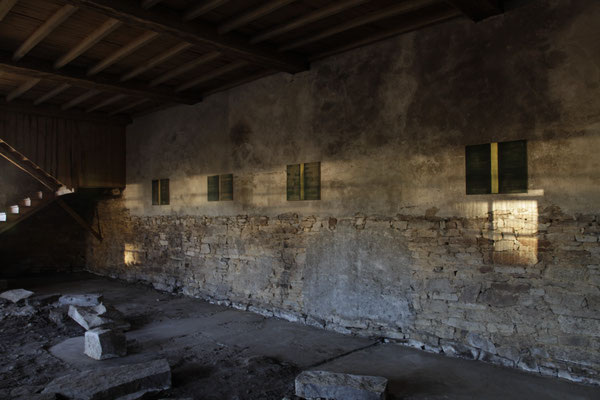 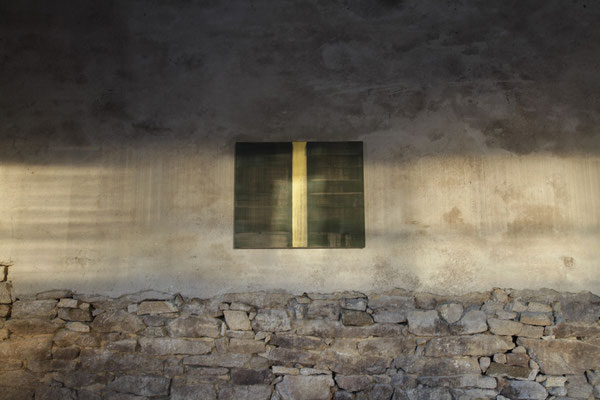 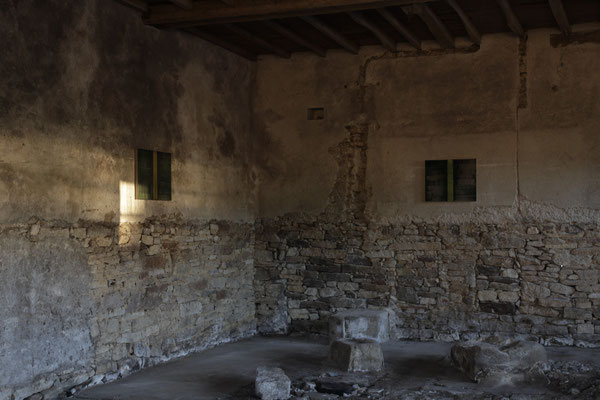 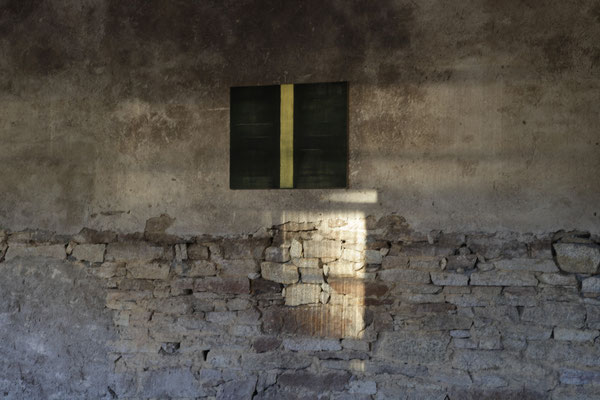 The Penumbroso (Twilight) series started with a pair of small gold-painted canvases. Hanging on an easel, every time I entered the studio, even without switching on the neon lights, they glistened like refractors of the natural light seeping in through the patio windows. There they remained for a good while, like lamps in the twilight. One day, while experimenting with burlap, I discovered that when stretched it was practically transparent, thanks to the large gaps in the weft: I stretched it over the two golden canvases and, though not evident at first sight, the luminous glistening effect was sustained through the fabric. Then, over the burlap, I applied more or less liquefied sweeps as a glaze: dirty, impure green, black or blackness, and grey.

Cumio (Summit): seven 20 x 20 black granite rocks cut at a 45º angle towards their interior. The result is a triangulation on the edge, added to that of the frontal composition, where two lines delimit the form from the two lower vertices, coming together at the centre of the upper edge, thus emphasising the ambiguous interplay between figure and background through changes in relief and texture. The variations between the pieces that comprise the series consist of different shades of chiaroscuro, which have been achieved through different applications of sandblasting and sanding. Finally the work resulted in sequence of six (plus one) pieces, whose layout adheres to an internal order in line with the black-grey gradient and an interplay of positive-negative opposites (between that which is perceived as figurebackground). But it should also be stressed that this layout can be adapted to the space and the architecture, juggling with the distances and with elements such as windows, doors, etc.