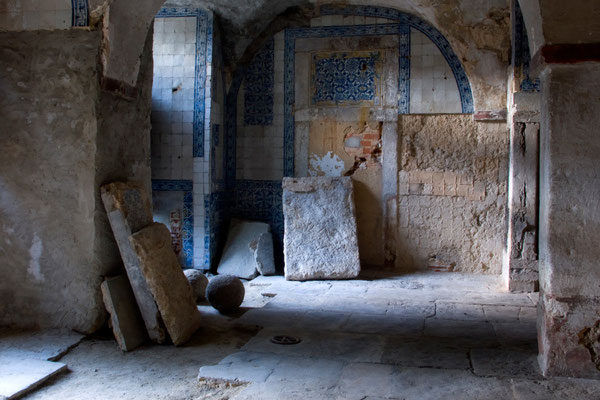 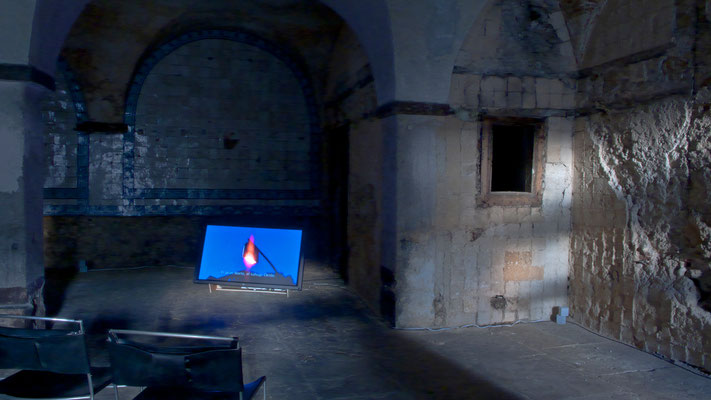 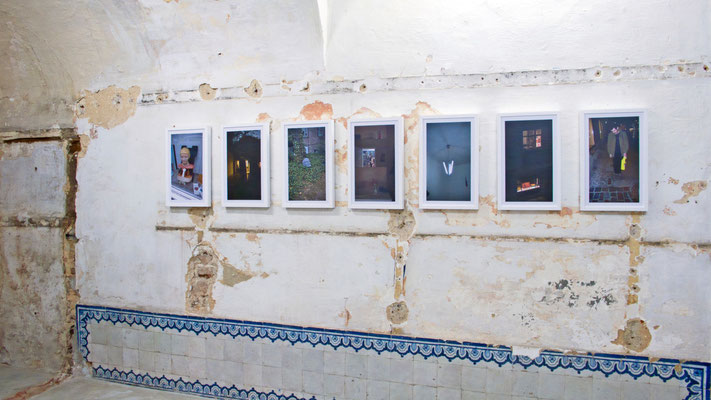 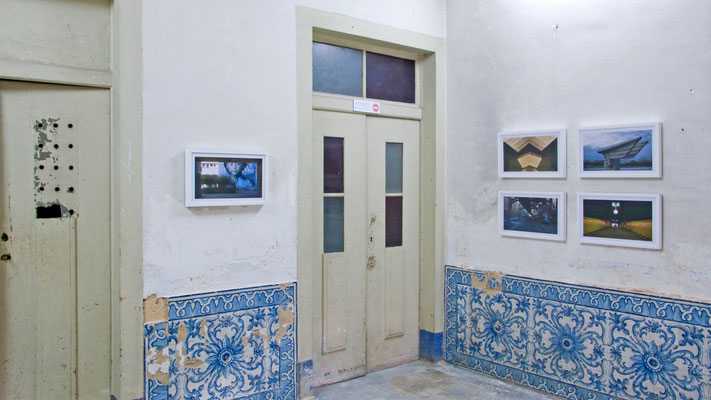 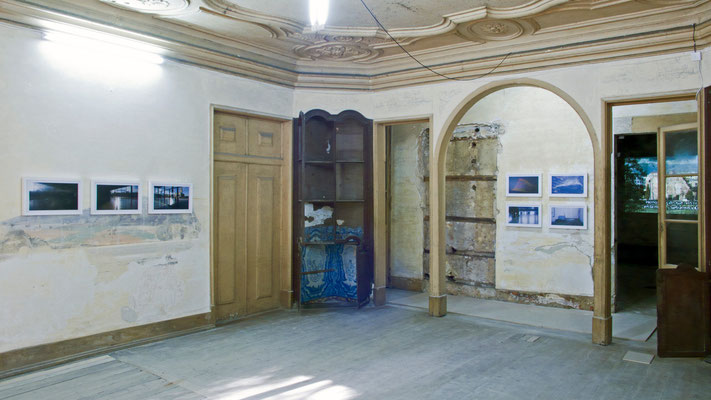 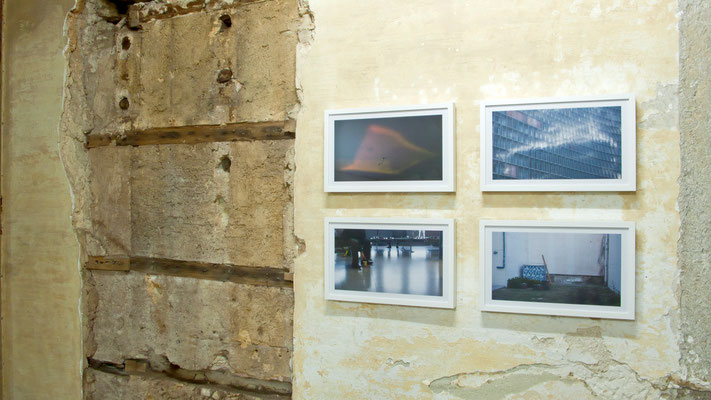 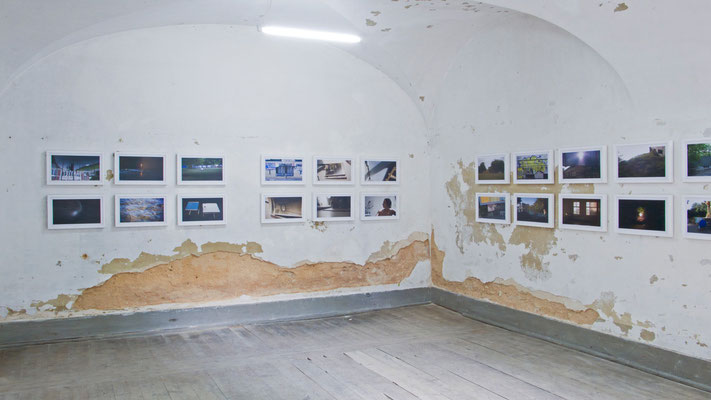 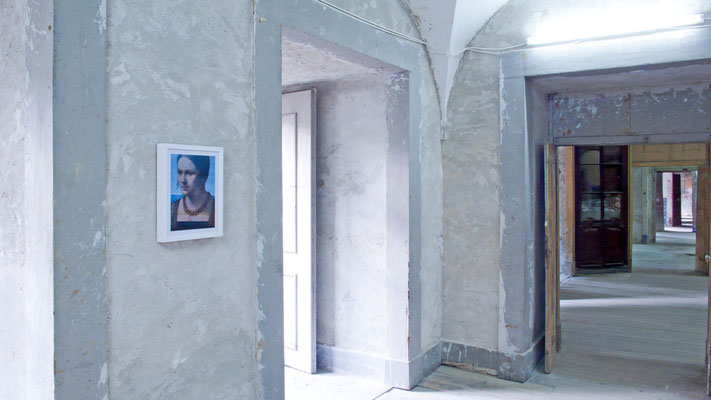 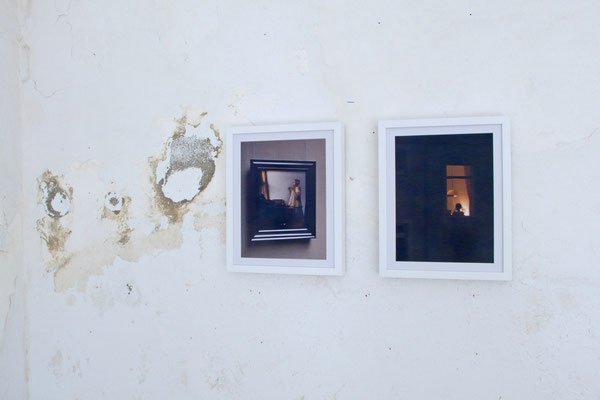 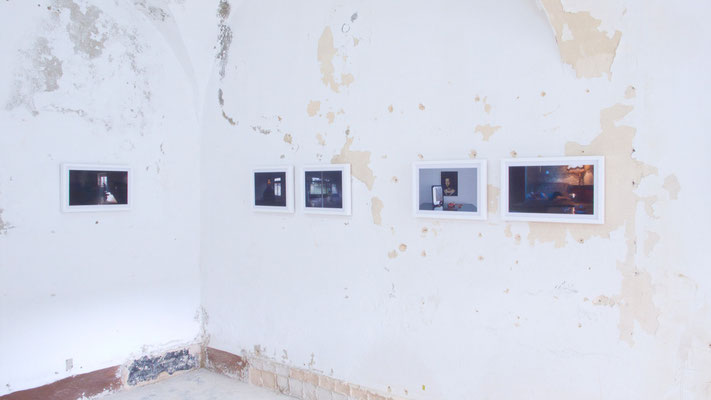 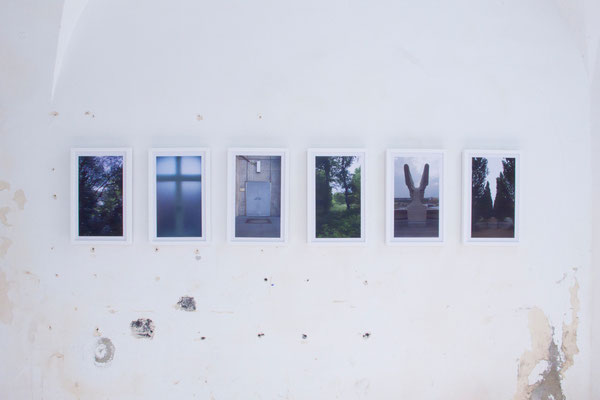 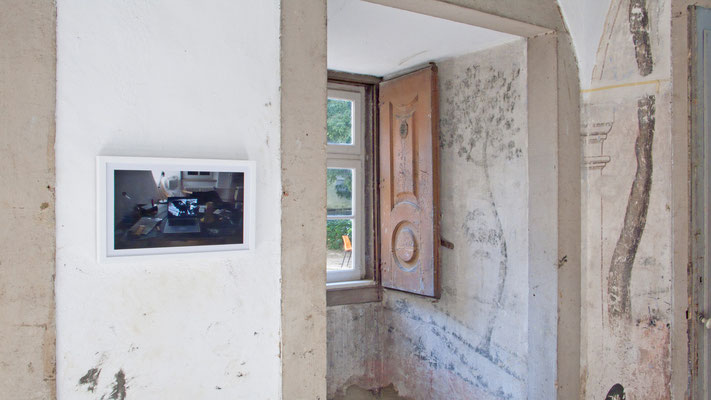 ANOTHER FLÂNEUR IN BERLIN

This exhibition presents works from a three-year project started during my 2007 stay in Berlin. Under the title Abro a xanela e respiro o aire fresco da fin do mundo (I Open the Window and Breathe the Fresh Air of the End of the World), it involves a series of 114 photographs arranged in polyptychs. These works, along with four videographic works and a book of the same title, form the nucleus of my recent exhibitions. Abro a xanela... is a visual narrative that grew from random strolls in Berlin, evoking Baudelaire, Walter Benjamin, and the whole tradition of the flâneur. I visited Second World War cemeteries, parks, a house designed by Mihes Van der Rohe, and wandered the formerly Communist East of the city, with its historical and geographical scars in the form of vacant lots and ditches, ponds with public bathing… The process activated many variants of consciousness, though the images that most compelled me did not adhere to a concrete or specific theme. Some groups of photographs could be classified in terms of generic proximity, but even this classification seems arbitrary in the end, and the sole—and fragile—point of unity is something so abstract or fleeting that it can best be described only by analogy, as “a mirror in which your own eye is reflected”.

Having thus exhausted all means of ordering, I had to reach beyond the images to the intersections of meaning that arise from the narrative order, which had started to coalesce following intuitions more metaphysical than conceptual—poetic, perhaps. Yes, that’s it, I told myself, although at that point nothing was resolved, really, given the prodigious amount of material captured. In very few months I’d accumulated folders upon folders of images organized only by place and date, but as I continually pondered them, I started to discern a kind of emotional cartography and, little by little, it began to orient my sense of movement through the city.

One ordinary September day, ambling down Friedichstrasse after crossing the Mehrinplatz, I noted another square to my left, site of the historic Tommy Weisbecker Haus, symbol of the 1970s riots named after two members of the June 2nd Movement. I halted, and suddenly remembered the Wim Wenders film Der Himmel über Berlin. That night, I reviewed the film again and—eureka!—its circus scenes had been filmed at that spot. I combed the city for other film locations and found them without much difficulty, for many were in the Kreuzberg area where I lived. Situating my camera alongside that of Wenders, I too became an angel. My flâneur’s autobiography of the previous months was nothing other than the tale of this transformation. Unconsciously, I’d entered into a process of dissolution without vanishing, for in seeking the poetic essence of the images I came upon myself subjectivized, like a character in a story whose role is that of seeing eye which witnesses the place and time of human being and its reflections in the inanimate, in things, in material itself. It all fed the tale of a redemption, through a single lens, by which events could come to be grasped and held.