Already in the 1940s, László Moholy-Nagy had begun to create works that explored the numerous possibilities of plastic material for “light painting”. In his essay Abstract of an Artist, he comments:

“There has been in the past a period of light painting, that of stained-glass windows. There, direct and reflected light and the shadow of the framing combined with projected colored light into a fascinating visual unity. Our technology offers new possibilities, no less impressive, and without imitating the old techniques [...] The smooth perception of the plastics, their light-flooded, sparkling planes [...] I had the feeling that I could work with them despite their propensity to effects that are merely decorative.” (83-84)

I’m not quoting Moholy-Nagy just because my recent paintings have been lightboxes in methacrylate, but because of his description of the effect produced by stained-glass windows: an effect of visual unity between projected light from coloured glass and the shadows of the frame, a “fascinating visual unity” that compels us. Moholy-Nagy’s words resonate with me; when I first considered painting on light boxes, my initial obsessions and doubts focussed precisely on the various levels of integration between support and painting, and, in turn, between the painting and the surrounding space. Though these are not new questions with respect to materials such as aluminum or mirrors, each support does introduce different significant questions—even when the painting procedures remain by and large the same.

Aluminum is one material that is technically well suited for engaging certain luminous aspects of a surface, but it is the mirror—via reflection—that has helped introduce more hybrid approaches that draw attention to the levels of interaction of the painting with space and with the spectator. Here, the reflected architecture functions as image-background from which the painting is activated; at the same time, the paint as impure agent objectifies the support, “dirtying” the glass, interposing itself as a boundary that unmasks the illusion. With a closer look at the surface, the mirror reveals its depth in the reflections of the paint strokes; in scant millimetres, there is a parallelism that Paulo Reis defined as the “space of duplication of its internal reality”.2 When the gaze is in motion, the reflections of space vary with perspective, while the painting remains unchanged, a process which produces a discontinuity in our perception of frame, painting, space. This does not imply a rupture in visual unity; on the contrary, these discontinuities are like marks made by a sculptor in the working material: a unity of strata and layers between fullness and void.

The sculptural term “direct carving”— shaping a work by extraction of material — could be used metaphorically to describe my painting process here. More often than not, I add paint with the intention of “carving into it”, seeking gaps in the material that then fill with reflections of space (in the case of the mirrors) or with light (in the methacrylate boxes), and that act as an additional strata in the layers that compose the structure of the painting and provide its visual unity.

Mirrors and light boxes also differ in terms of the hierarchy of perception of their layers. In the first case, areas empty of paint leave reflections that suspend the interior-exterior relation of the work; in the second case, the enamel layer and methacrylate surface are stepped toward the inside, while this inside in turn projects itself outward through light and colour, toward the outside, and even beyond the frame. In this oscillating journey of departure, we become conscious of the surface as translucent border space, an intermediate zone of pure luminosity between the deepest point of the material profundity—the wall—and the nearest manifestation of the structure of the painting. The pictorial material is itself transformed by expressive procedures: rhythmic gestures between the mechanical and the corporeal. The painting now is not just a reflection or window but a stained-glass screen that determines its own laws of relationship to its periphery.

I feel my painting has become more and more at one with the pictorial process itself, with a “direct carving” that recreates — as Ángel González might put it — “the sensation of being physically in the world”.3 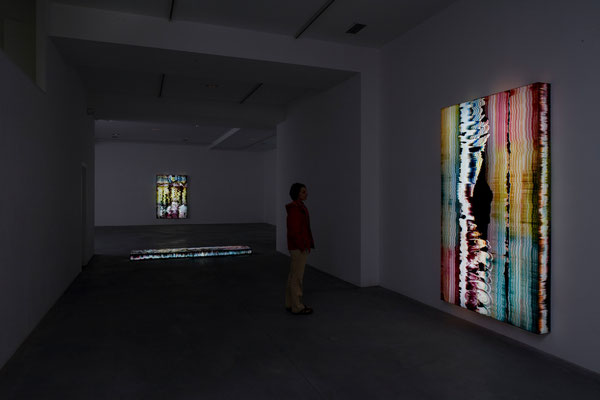 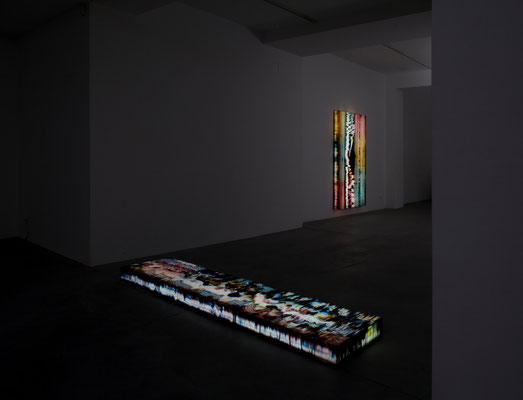 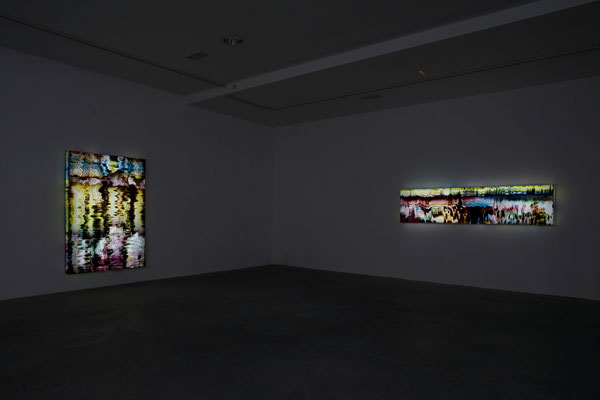 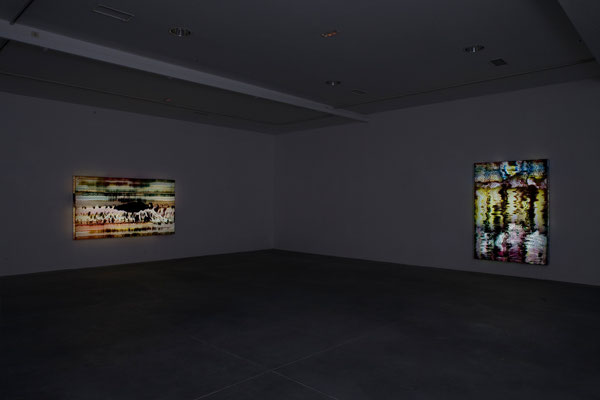 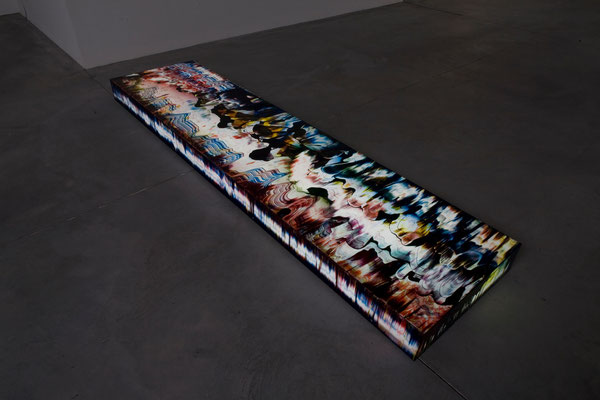 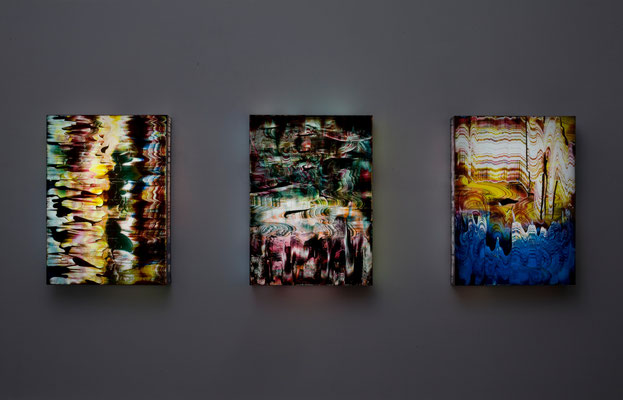